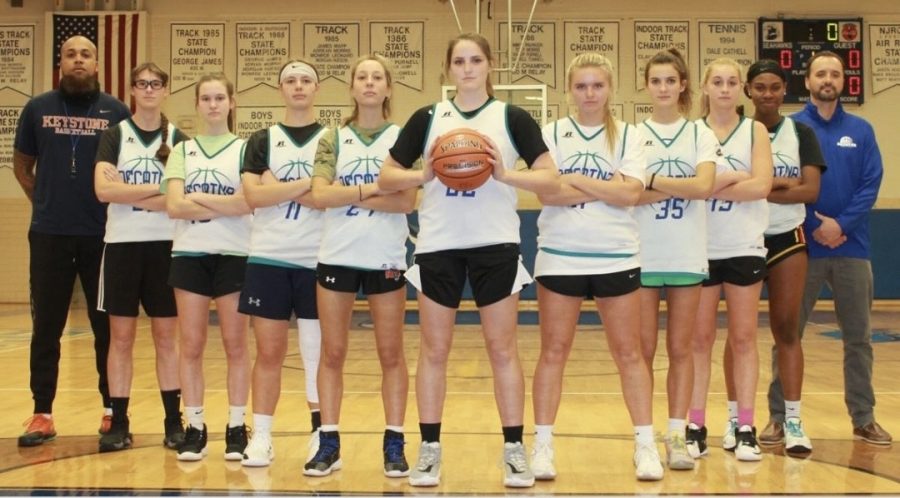 The Decatur girls' basketball team is having a dominant season in the Bayside Conference.

The Stephen Decatur High School girls varsity basketball team’s season has been nothing short of phenomenal.

“This season, we are all closer as a team,” said four-year basketball player Malery Andrews. “I think we’re finally all on the same page.”

Despite winning every game, the girls remain humbled through the season as a close-knit team. With a love for their teammates and trust in each other, it makes the season an overall better environment for the athletes and the coaches.

“We have so much chemistry, we play better because we have trust in each other,” Rosemond said. “For me, it’s not about scoring. It’s about my teammates, I’m just worried about them.”

The girls haven’t had it easy through the tough season. While struggling with COVID-19 restrictions, the team has remained resilient and determined.

Head coach Scott Kurtz said the pandemic and restrictions have benefited, them in a way.

“We’re all trying to get through this together and it’s brought us closer as a team,” he said. “This translates a lot into the way we approach our practices and our games.’’

The girls continue to make the best out of all the things they’ve struggled with through the years. The past seasons for them have been pretty average. They’ve had teams full of athletes more so than basketball players, but this year is different for them. The team is made up of girls from all sides of sports.

Rosemond started basketball at a very young age, playing from Ocean City’s recreational league, to now playing with travel teams. The same goes for Gardner, Bullock, and freshman Sam Boger. Andrews, a senior, has played lacrosse since she was a young child, and sophomore Lexi Berrie started soccer as a kid and has played ever since.

The girls are undefeated now, but it wasn’t always that way. Things were much different during the last full girls basketball season in the 2019-2020 school year. Their record then ended up being 16-9, losing to teams they’ve been able to beat this season, like Parkside, who they lost against twice in their past season, and James M. Bennett, who they also lost against twice.

But this season, those teams were no trouble for the girls basketball team. While beating Parkside 68-62 and crushing James M. Bennett 62-12, the girls stay determined to make a new name for themselves.

After asking the girls what made this year so different, they all seem to go back to the idea of determination and a will to win. After not having any basketball season during the 2020-2021 school year, the girls wanted to make a comeback.

“We’re very determined to have a banner on the wall in the gym. We know we deserve it, and we want other people to see that too,” Rosemond said, adding that their coaches want it just as much as they do, and how it really helps in their will to win.

Andrews said their coaches have helped them adapt to being a winning team and what’s got them there.

“Adapting our defense toward other teams has been a huge help. We’ve been taught to adapt to each of the teams to be able to beat them. Knowing who we’re going to play means a lot for how we go into it,” she said.

After talking to a few players and the head coach, it became clear that a common a question was being asked: Are you guys really that good, or are the other teams just that bad?’ Some quick answers make it clear that wasn’t the case.

When that question was posed to sophomore Katelynn King, she had a quick response. “It depends how we go into our games; it has everything to do with who we are as a team, not so much who they are.”

When asked the same question, Kurtz responded with: “We have just as much preparation and practice as anyone we play. And we have a great group of talented athletes. … I think it’s about our level of and perseverance going into the game, not so much our level of competition on the court.”

Along with Kurtz and coach Aaron Wyatt, the girls made a strong comeback this year, and certainly made it one to remember, for themselves and for Stephen Decatur High School as a whole.