Protecting the Mental Health of Students of Color 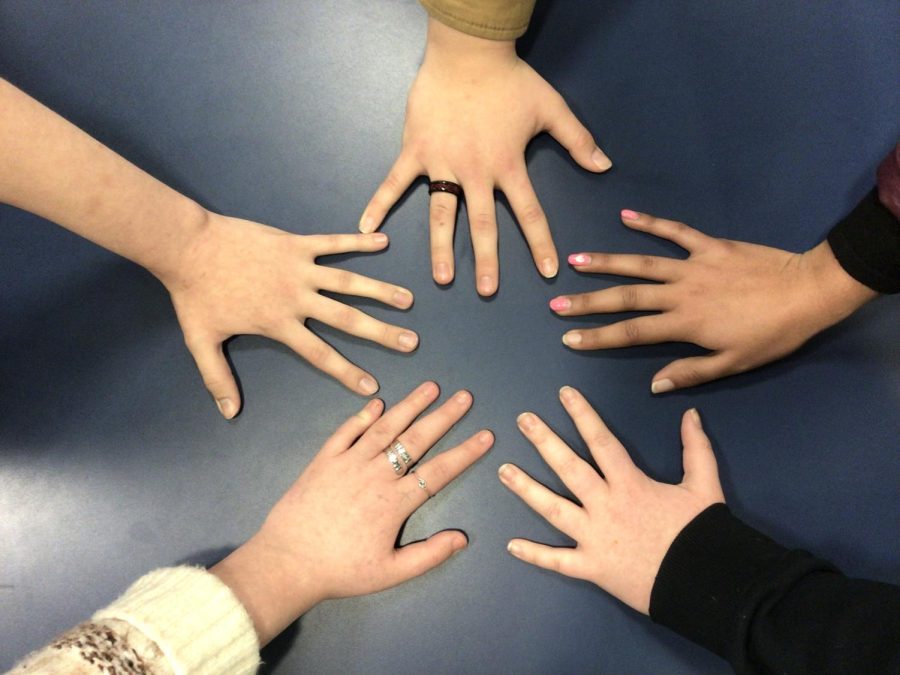 For as long as she could remember, sophomore Simran Jain has harbored the pervasive feeling of being out of place.

Growing up in Berlin, she’d lived like any other student. She plays for Stephen Decatur High School’s tennis team, competes in Science Olympiads, and ends her day by heading home in the afternoon. But for most of her life, she’s felt the effects of being different, as an Indian American student in a majority white school.

Seventy-six percent of Stephen Decatur High School’s students are white, while 8 percent are African-American, 7 percent are Hispanic, and roughly 1.6 percent are Asian. Less than one percent are Native American or Pacific Islander. While this lack of diversity can’t be helped, it can possibly result in prejudices that create an unsafe environment for students of color.

In an interview done by Tanesha Peeples with Dr. Maryam Jernigan-Noesi, a psychologist specializing in youth trauma, racism has tangible effects that influence students both in and out of school.

“Experiences of racism and racial discrimination are associated with experiences of post-traumatic stress symptoms,” Jernigan-Noesi said. “The consequences of racial trauma can lead to a variety of negative cognitive, emotional, and behavioral outcomes, which inevitably affect student learning and performance.”

Jain has experience with standing out. “It wasn’t a huge revelation or anything. I just grew up knowing that I’m not like other people here. It was something that was always there. We learn from childhood that we’re different, and we’re forced to think about it a lot,” she said. “If it’s not some ignorant offhand thing, it’s something more purposeful, meant with malicious intent.”

“Educational environments that lack racial and ethnic diversity, in general, are more likely to be unaware of systemic and interpersonal dynamics that may promote negative experiences and interactions for underrepresented students,” said Jernigan-Noesi. This creates a lack of empathy for other groups. While diverse environments result in diverse perspectives and a better understanding of other people, the opposite results in apathy and even prejudice.

According to U.S. Department of Education data from 2016, administrators and staff also have a role to play. Racial bias is often reflected in their treatment of students, quality of teaching, and disciplinary action. Black students in particular are more likely to receive higher rates of suspension compared to other ethnic groups.

In a federal survey, 79 percent of teachers identified as white – which sophomore Aysheh Abuarqub, a biracial student of Jordanian and Mexican descent, says contributes to the problem.

“There was this one specific incident where, in middle school during gym, kids started pointing at me and yelled ‘Build the wall!’” she said. “It was so surreal at the time – I just couldn’t believe it was actually happening. People think you only hear about this stuff on social media, but for minorities, it’s a lived experience.

“When I told a teacher,” Abuarqub added, “he just shrugged and apologized for their behavior. That’s the issue—they do nothing because it doesn’t hurt them. They’ll say sorry or try to comfort you, but nobody actually does anything. It’s just another way of showing that they don’t really care.”

Students of color are exposed to both subtle micro-aggressions and blatant displays of racism from teachers. A video of a California math teacher mocking Native American culture went viral this past October, donning a fake headdress while tomahawk chopping and war whooping. After months of protest, she was fired this February.

“It’s little things that build up, too,” recounted Jain, “Throwaway comments, offhand jokes—that kind of thing. I mean, one time a kid in my class told me ‘I thought you’d have an accent’. I couldn’t name what exactly was wrong with that at the time, but it still annoyed me.”

Talking about racism makes some people uncomfortable, so they tell you that you’re the problem and that you’re making something out of a nonissue, said Abuarqub.

“It boils down to their comfort,” she said. “You’re made to feel like you’re the only one. When you’re surrounded by people who are telling you that your feelings are invalid and that you’re just overreacting, you start to believe it. I was never allowed the space to be angry or process my emotions, so I just stopped talking about it.”

Many agree that the only way to help this issue is to educate students and work on reversing internalized biases, but after several states across the country banned critical race theory from their curriculums, that may not be possible. Critical race theory explores how racism intersects with our daily lives, including politics, the economy, and in schools. Some schools claimed that it would cause division among students, but several studies say it does more good than harm.

Student attendance, course completion, and grades increased in a San Francisco school district after participating in an ethnic studies course, according to a 2017 study done by Emily Penner and Thomas Dee from Stanford University and University of California Irvine. In another study conducted by Matthew D. Nelsen, a scholar in political science, lessons in Black and Hispanic history increased political participation in Chicago students. Despite this, critical race theory remains a controversial topic.

Alongside educating students about racism, protecting students of color is also a priority. The subject of mental health is often stigmatized, especially among marginalized groups. Even outside of that stigma, many don’t have the money to afford healthcare services like therapy. Because of this, resources at schools are integral. Having experienced mental health counselors on hand are important, as is listening to students of color and their experiences.

Progress comes with time, and so does ensuring that they are able to learn in a safe, welcoming environment.