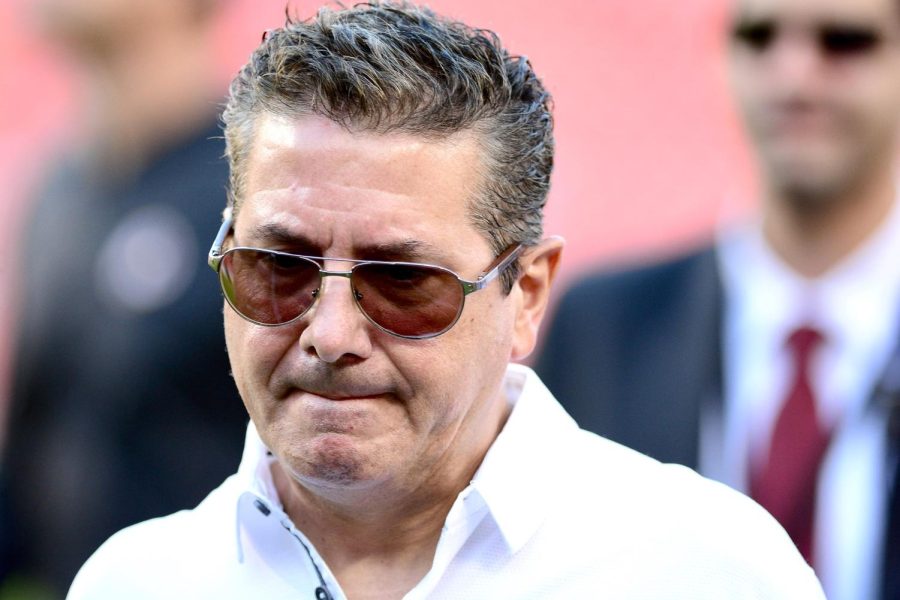 The Washington Commanders are in deep trouble…again.

Plagued by a sexual harassment scandal a year ago, the team is now accused of hiding of ticket revenue from the league, keeping two separate sets of financial books, and withholding previously refunded security deposits, tallying in the millions of dollars.

The new information came to light April 12 when the Federal Trade Commission notified the House Committee on Oversight and Reform of numerous grievances they had discovered within the Commanders’ organization.

“It’s clear that the team’s misconduct goes well beyond the sexual harassment and abuse of employees already documents and has also impacted the bottom line of the NFL, other NFL owners, and the team’s fans,” said attorneys Lisa Banks and Debra Katz, who are representing more than 40 former employees of the Washington franchise, in a April 12 statement.

“We are proud of our many clients,” the statement continues, “who have come forward at great personal risk to reveal the truth and bring us closer to total transparency about the full extent of the dysfunction at the Washington Commanders.”

In a statement, the team denied the allegations.

“There has been absolutely no withholding of ticket revenue at any time by the Commanders,” a team spokesman said. “Those revenues are subject to independent audits by multiple parties. Anyone who offered testimony suggesting a withholding of revenue has committed perjury, plain and simple.”

Washington D.C.’s football franchise, established in 1937 as the Redskins, now goes by the Commanders. Team owner Daniel Snyder was forced to change the Redskins nickname after years of public backlash against the moniker. The franchise formally went by Washington Football Team for the last two years until settling on Commanders for the start of the 2022-23 season.

The oversight committee in its 20-page letter shared detailed testimony from former longtime team employee Jason Friedman, who explained the team’s process of hiding ticket sales from the league. Friedman worked for the team for 24 years, up until his firing in 2020.

“So, this is the two sets of books,” Friedman told the committee. “In this particular case, there’s a set of books that’s submitted to the NFL that doesn’t include the $162,000, but then there’s a set of books that’s kept internally shown to [team owner Daniel] Snyder … and the people in his inner circle maybe, that shows what we actually did, which would include the $162,000 of juice.”

Friedman noted that “juice” refers to the money hidden from the league by Washington’s front office.

According to Friedman, said that the team had intentionally created various steps to make recovery of ticket holders’ security deposits as tedious as possible, to encourage people to give up and let the team pocket their money. Contract terms did allow for a refund of security deposits, provided that the ticket holder paid their annual bill and had not damaged the seat, he added.

Friedman went on to explain that security deposits would be converted into fees on financial statements, which would not have to be shared with the NFL.  He also testified the team would keep deposits from those who had forgotten about them, or even the families of deceased ticket holders – and that the Redskins were not obligated to share this information red with the NFL.

According to emails and an Excel sheet that Friedman provided to the committee, it is alleged that the team may have withheld up to $5 million in security deposits.

For the NFL, this is a problem because teams have a revenue-sharing agreement. Sixty percent of ticket sales from game days goes to the home team, and the other 40 percent goes into a kitty split by the other 29 teams in the league. The Washington franchise is accused of hiding ticket sales to avoid revenue sharing with other teams.

To hide sales, the team attributing sales of Commanders’ tickets to other events that had been held at FedEx Field. An example of this is when the team attributed ticket sales to a collegiate game between Notre Dame and Navy which was played at the Commanders’ stadium, Friedman said.

These allegations come on the heels of a troubling investigation by Congress into the team’s workplace culture last fall, where the team and owner Daniel Snyder had been accused of creating a hostile work environment, including dozens of allegations of sexual harassment made by more former female team employees.

Tiffani Johnston was one of these women. She testified that Snyder would place his hand on her knees and thighs under a round table during a dinner. He then allegedly attempted to force her into his limousine later into the night.

Now, the primary concern for the NFL and Commissioner Roger Goodell is whether it is even possible for Snyder to retain his position as owner of the Washington Commanders. In the wake of recent scandals, Snyder’s wife Tanya has been taking the lead on day-to-day operations, according to published reports.

The team’s last championship was 30 years ago and has arguably been among the worst-performing teams in the league, with only three playoff appearances  since Snyder acquired the franchise in 1999.