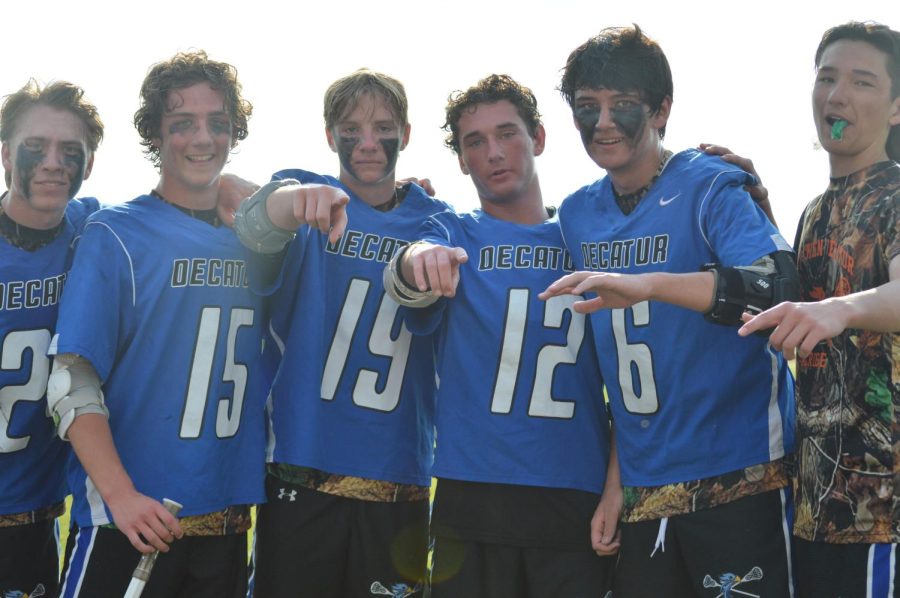 After a four-hour game with two thunder delays and a lot of built-up tension, the Seahawk boys brought home the win over the Rams, and the south champion title by a score of 12-11.

The team will take on Kent Island High School to battle it out and see who will win the Bayside title for both north and south.

“I think we were due. Last year, Parkside beat us three times in a season. That was frustrating. It was our time,’’ said senior Henry Brous.

“It’s been seven years since a title like this,” sophomore Evan Oglesby added about getting this title. “It feels great to finally hold that in our hands.”

With this title being seven years in the making, senior Joe Buxbaum, who has been playing on this team for four years, mentions what they did to get here.

“Foundations were set our freshman year and the attitudes of everyone on the team wanting nothing more than a win,” he said.

With all of this hard work and dedication to get this team to where they are, some players happen to think otherwise.

Senior and four-year player Austin Airey said this game doesn’t mean much to him at all, because, “nothing is really written yet, we haven’t even went into playoffs,” he said. “We haven’t done anything yet.’’

When asked what he means by doing nothing, Airey replied: “What title? … I’m always pretty hard on myself, I feel like I should’ve done better. I had only four goals- it wasn’t my best game.”

Although some players have a negative attitude about their season and project their own faults on the team as a whole, the rest of the players are extremely proud of themselves and how they got to where they are now.

“I think it was a huge win for the team and the coaching staff itself,” said senior Owen Esch. “Even though it wasn’t the biggest game, we are the first team to do it in seven years. The boys went into this with pure heart for the game and we came out with a win. This game was nothing to be slept on.”

Initially, Parkside had the Seahawks in a chokehold. Towards the end of the first half, the Seahawks were down 7-2 with a rain delay called. After the delay lasted about an hour, the boys came back on the field with a new mindset. With a love for the game and a will to win this title, the team played their hearts out with this newfound energy.

With this comeback, the boys scored seven goals after the delay within a few minutes of being on the field.

“I just think we finally came together as a team and we were able to run it,” said junior Gabe Geiser about the comeback.

After this, the boys kept this energy going through the last two quarters. Senior captain Colin Fohner went strong in the goal with 10 saves.

The end of the game score was a 12-11 close call and those 12 goals came from a few very strong players. Austin Airey scored four goals, Jeffery Eichelberger had one, Gabe Geiser and his little brother Graham also scored one goal each. With this comes Lance Adams, who scored one goal, along with Luke Bahlman with one, and finally Evan Oglesby with two goals to finish off the game.

“The game showed a lot of heart,” said senior Gus Emm, who suffered an ACL tear in the beginning of the season and has since been manager of the team. “There was definitely a lot of pride in this, especially with the competitive aspect of this game. Parkside is a big rival.”

When the game whistle blew, the boys ran to Fohner and tackled each other in good spirits. After a long road and a few tough defeats, these boys kept their heads up all the way through to reach this win.

With the South Bayside title on their backs, the team will finish out the rest of the season in the playoffs trying to reach the regional champion title and work hard to get to states.