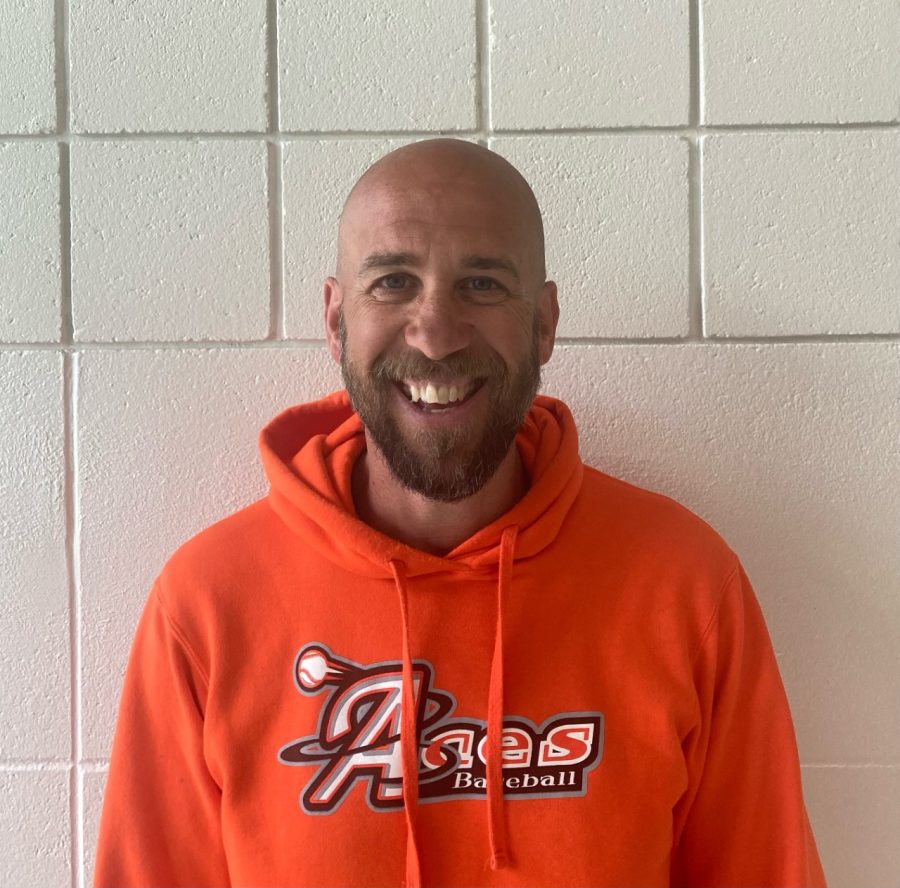 Jason Hilbert is a member of the SDHS custodial staff.

Jason Hilbert is not an indoor, sit-behind-a-desk-all-day kind of guy.

Hilbert was hired at the end of last summer to be an assistant to the school groundskeeper here at Stephen Decatur High School, since he had experience with landscaping. His duties have shifted mostly to full-time janitorial work in the building.

Working as a high school custodian allows Hilbert the free time he wants in the summer to do what he loves: go surfing, play baseball, and be a great dad.

Hilbert works jobs like these because they are not stressful and the hours, he works, gives him plenty of time with the church and his family.

He graduated from Philadelphia College of Bible with a bachelor’s degree in Science and Bible, and his emphasis was in youth ministry.

After college, Hilbert moved to Berlin to work at Stevenson United Methodist Church. He then moved to Ocean City Baptists Church and has been there ever since.

Before Decatur, he had his own landscaping business for about six years. He also worked for Dylan’s Lawn Care, as well as at the Salisbury Zoo.

“A lot of students I know today I met through coaching soccer, as well as my sons who are the same age as you guys. That’s how I met a bunch of the students at Decatur,” he said.

In the summer, Jason works with the church to help minister to international summer students workers on a J-1 visa.

Jason is also a huge baseball fan. He and his son Adam, a junior at Decatur, visit the National Baseball Hall of Fame in Cooperstown, New York, every year. He also plays baseball for Delmarva Aces men’s league.