On the global stage, is America on the decline? 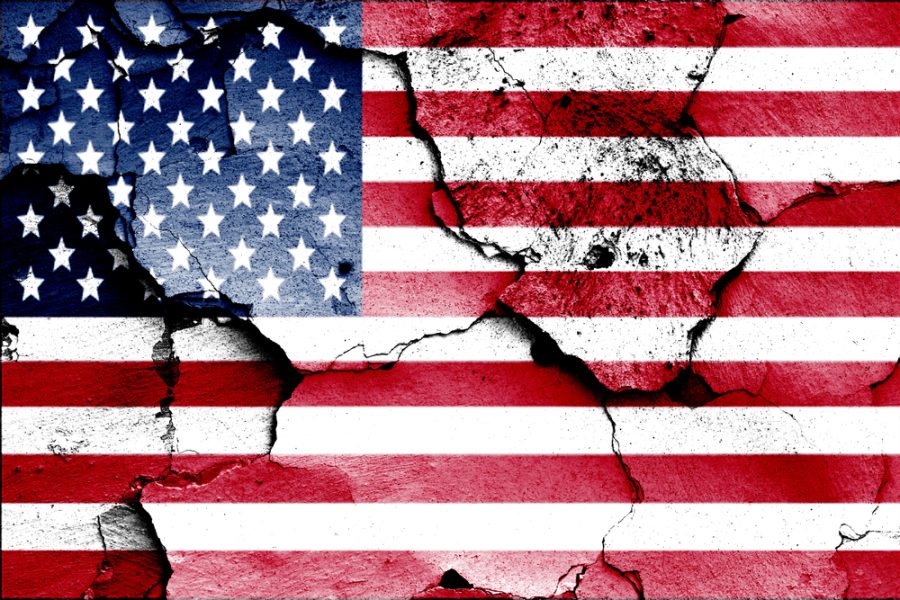 Since World War II, the United States has risen and grown into the largest and most dominant world superpower. With this power came a great deal of influence over the entire planet through war, conflict, and economics.After the war, the world order was structured with the United States at the center, with the security council within the United Nations.

Having the largest economy on Earth is a tremendous accomplishment and holds significant power and leverage over other nations. A prime example of this is the nearly 800 military bases outside of the United States that operate around the world in more than 70 countries, according to Politico.

Today, three of the members of this council are in a state of declining influence on the world stage: the United Kingdom, Russia, and France. All three countries saw a period of dominance around the globe. Through colonization, religion, politics, and economic structure, every empire has followed a similar path.

American is no different on this path to world domination – and China is in the beginning stages of doing the exact same thing.

The main way a nation exerts dominance over others is through currency and the value of its economy. At one point, each empire had its currency experience the status of world reserved currency, whether officially or not. The French had the franc, the British had the shilling (then converted to the pound), and the Dutch had the guilder.

In today’s world, the United States dollar is the world reserve currency. More transactions go through the dollar than any other currency and it is the most widely accepted around the world.

This kind of position brings immense power by being able to control the monetary supply of the world and, in essence, being able to block your enemies from using it. Common examples of this are Iran and North Korea, both of which are more or less blocked off from the world financial system.

Being the superpower of the Earth is certainly a dream of every nation, but it will never last indefinitely. The mere fact that past empires have declined or fallen entirely is evidence that an empire can’t sustain itself forever in an ever-changing world.

Empires will fall in different ways, most of the time its financial reasons, but also through war and conflict. People’s lives and views on life change as well. If the people aren’t happy there is more reason to revolt and change the status quo.

An empire in decline doesn’t entirely mean that the people are suffering or the country is a failure. In most cases, the nations level off and continue to thrive like France, Britain, and The Netherlands. They all just lost important influence on the world as a result of the decline. Just like them, the United States is unlikely to fail but more likely to be swept aside by new rising powers, but continue to grow into the future.

In every case, an empire falls because another has risen and it is unusual to have two or more empires dominating on the world stage at once. There is always a clear winner or leader on the global stage.

However, if two nations grew to be equally as large and powerful, then eventually one would beat out the other, usually by conflict or indirect conflict.

The United States has been a superpower since World War II and, after the fall of the Soviet Union, it was the clear victor and the superpower of the world. However, China is on a hefty climb upward to dethrone the United States in the near future.

The Chinese have had a growing and prominent influence on the world ever since their induction into the World Trade Organization. They are at the forefront of trade and have done more business than the United States, since 2014 according to the IMF.

China also has begun expanding its military and economic values abroad with neighboring countries like Myanmar and many African nations. The Chinese Yuan, its national currency, is being used more in trade than ever before, possibly putting itself in line with being a world reserve currency in the future.

The Chinese economy in terms of GDP is projected to surpass the United States by 2030, according to the Centre for Economic and Business Research. This may come as a surprise to many Americans, but it is true and will happen within this decade.

However, just because a nation is declining doesn’t mean it can’t succeed in other ways. The American experiment will continue for many years into the future. A war with China also seems unlikely and the most obvious way the American empire gets pushed to the side is through economics alone.

The main problem is having two dominant nations at the forefront of geopolitics. Both have a difference in opinion on how things should be run and that creates a conflict.

Will America maintain its position or is it inevitable that China takes over?

Time will only tell which outcome comes to fruition.