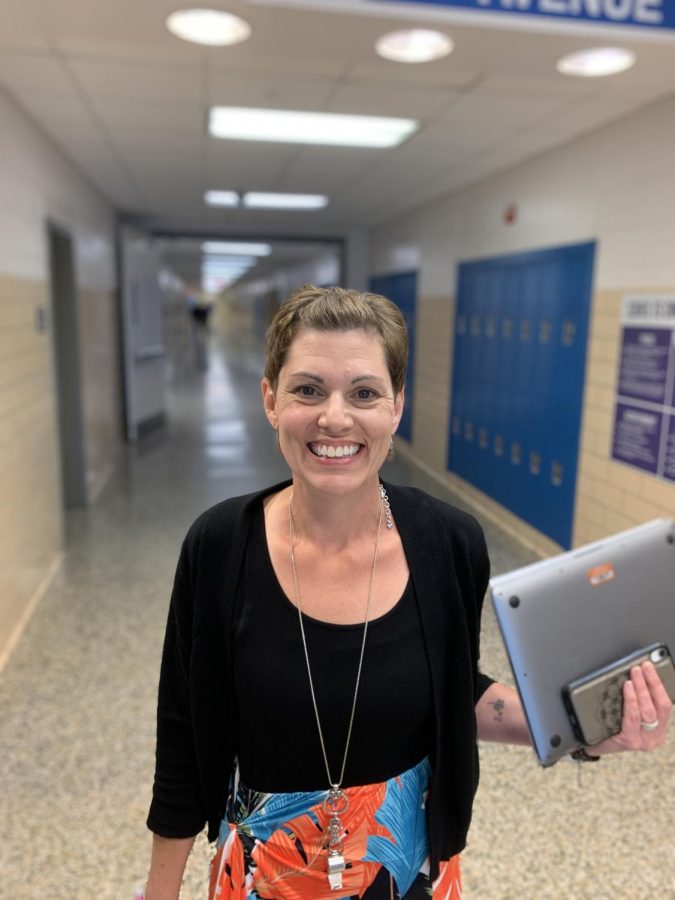 Mrs. Billetdeaux is the science department chair here at Decatur

Would you ever imagine one of your teachers used to be a zookeeper? How about someone who saves lives on the weekend? That is exactly what you get when you get put in a class with Nicole Billetdeaux.

“I told myself, if I became a teacher, it was not going to be in the public school system, mainly because I was 22 years old and didn’t think I could teach kids that were only five or six years younger than me,” said Billetdeaux, a science teacher here at Stephen Decatur High School.

For the first few years after she graduated from college, Billetdeaux spent some time trying “a few different routes,” one of which included working in the education department of the Baltimore Zoo.

Her job there included training animals and bringing them to schools, so kids could learn about them. Billetdeaux even balanced her job at the zoo with a job at a wetlands center simultaneously.

“It was hard making a living doing those things,” said Billetdeaux. “At that point, then we started thinking long-term. How am I going to sustain this? So, teaching it is.”

Starting her career at Decatur over 22 years ago, Billetdeaux has taught a multitude of science classes – from environmental science to marine biology, to zoology, t0 human anatomy and physiology. She event taught a career planning course.

In her career at Decatur, helping many students realize a love for science and medicine, her upbeat personality allows for a positive learning environment. Students who spend time in her class quickly will become familiar with the phrase “WWBD” (What Would Billa Do?) and it’s one many students leave her class asking themselves.

Billetdeaux has three sons: Josh, Drake, and Sammy. Her oldest, Josh, graduated Decatur only a few years ago, and her son Sammy previously attended the school as a sophomore this year. Her kids often serve as funny anecdotes and points of relative experience during her lessons.

One interesting facet of her career, she said, originated when her kids were much younger.

“I was putting my son on the bus,” Billetdeaux said, “and one of the bus contractors said, ‘oh you live in Newark, you should come down to the fire department. And I said, ‘I don’t have any time to do that because I have a baby and two older kids.’”

After some consideration and “on a whim,” Billetdeaux ventured down to the fire department just to see what it was about. After nine months of course work and preparation, in 2014 she became a nationally-registered EMT and continues to volunteer

“I realized it was going to be an asset to teaching human anatomy and physiology,” she said. “It keeps reminding me of things in anatomy since I’m involved in that”

Through her years of teaching and experience, Billetdeaux said she has developed the mindset that “the best lessons are the most impromptu lessons where the students guide what we are doing.”

This sentiment is one echoed by her students.

“It’s easier to learn in her class,” said junior Devon Ours. “She simplifies things and makes it more fun. If you ever need anything, she will be right there to answer your questions.”

And, more often than not ,if you ask her the question of how she is doing, her simple reply will be: “Livin’ the dream!”