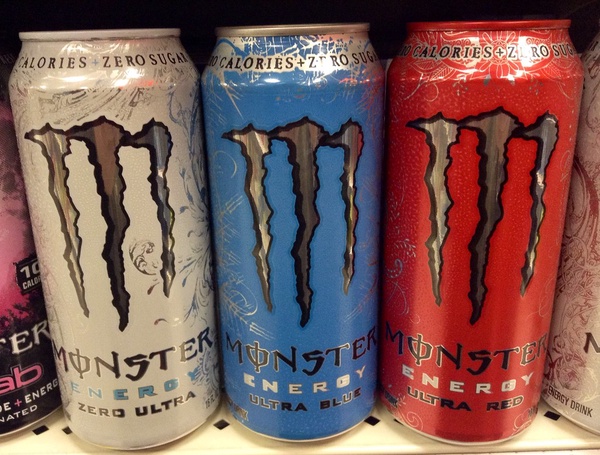 Bang, Red-bull, Monster, Five Hour Energy and many more energy drinks are all addictive drinks you frequently see in popular stores and gas stations across the world. These drinks are advertised to people who have sleep deprivation as well as teenagers. People assume that when they feel tired, they should automatically drink an energy drink, but unfortunately these drinks are very bad for one’s health. Energy drinks can raise blood pressure and heart rate, and can also increase your risk for heart attacks and diabetes.

Caffeine is the main ingredient in most energy drinks, which helps the body have more energy and improve alertness. Most energy drinks have between 70 and 240 milligrams of caffeine per serving. Insider.com exposed how the dangers of consuming large amounts of caffeine are unhealthy by stating, “When consumed in large quantities of more than 400 milligrams per day, caffeine can cause heart palpitations, increased blood pressure, increased heart rate and heart rhythm disturbances.”

Energy drinks are sold at just about every convenience store across the world. The lack of regulations on these types of drinks and the marketing being directed at adolescents puts many people in danger for health problems. According to a report done by the Centers for Disease Control and Prevention (CDC), in 2007, 1,145 adolescents ages 12 to 17 went to the emergency room for an energy drink related emergency. They later went on to report that in 2011 that number raised to 1,499.

The energy drink industry targets young people to buy their products. They use a combination of social media advertisements and commercials to get teenagers to want their products. According to energydrinklawsuits.com, children viewed more television advertisements for Five Hour Energy than any other beverage with an exception of Capri Sun. They also discussed how 35 percent of eighth graders reported consuming an energy drink in the previous year.

Addiction is a psychological condition that involves an outgoing desire to use a substance or engage in a behavior, despite its negative consequences. Although they may not seem as harmful as drug addictions, energy drink addictions share similar behaviors as them. In energy drinks, caffeine and other sweeteners are the substances that you can get addicted to.

Taylor Rygh, a junior at Stephen Decatur High School stated on her energy drink habit, “I hate my addiction to energy drinks. When I do not drink one energy drink during the day I get bad headaches and I start to have uncontrollable shakes.”

Many people do not realize that there are other healthy options to help them gain energy when they need a pick me up. Green juices and smoothies are good options for this. The dark green vegetables such as parsley, spinach and kale used in these green drinks are an amazing source of B vitamins, which the body requires for metabolism to run at its peak. Another good option for energy is green tea. Green tea contains a smaller amount of caffeine than energy drinks and has many health benefits including decreased risk for heart disease and cancer.

Energy drinks are addictive and unhealthy beverages that people drink too often. Many people do not understand what they are truly putting into their bodies when drinking them. People should become more educated about the harmful effects that energy drinks pose.