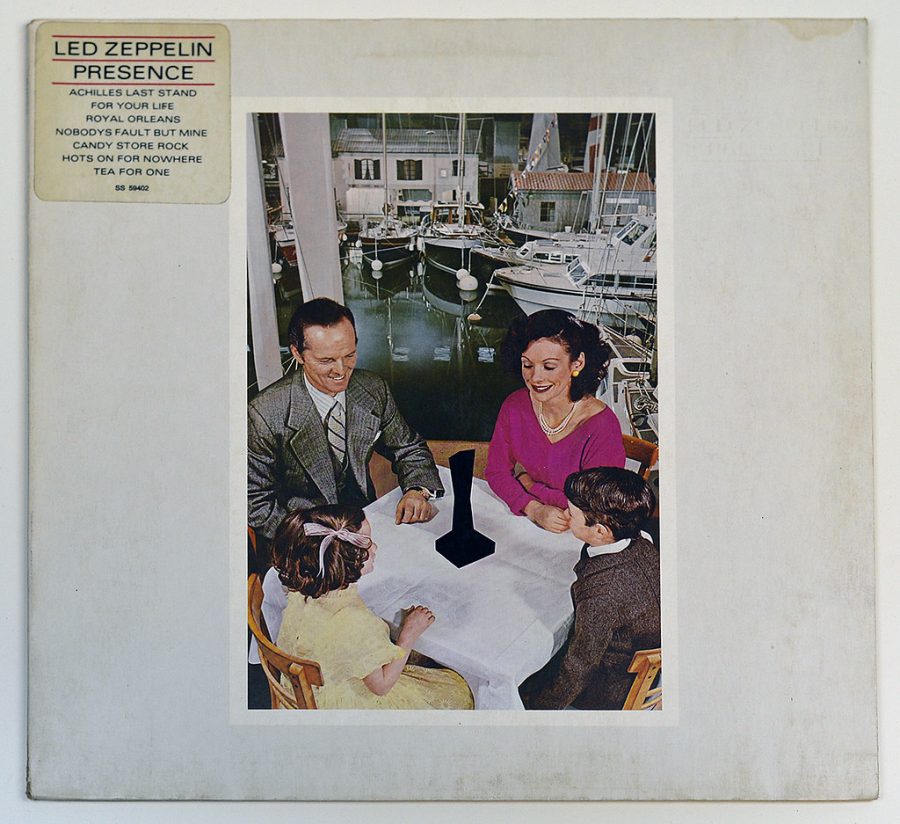 Led Zeppelin is truly one of Rock and Roll’s greatest bands.

The quartet, which consists of Robert Plant and his legendary singing, Jimmy Page’s iconic guitar riffs, John Paul Jones’ fantastic bass lines and John Bonham’s incredible drumming, created some of Rock’s most recognizable and culture-defining music. Ranging from ballads such as “Stairway to Heaven” to legendary Rock and Roll songs like “Whole Lotta Love” and “Ramble On”, the band’s versatility has been a staple of their music since the release of Led Zeppelin’s self-titled debut album in 1969.

While the band is a behemoth of Rock and Roll, with massive cultural importance and dominance over the Rock scene in the 1970s, their later work often goes under the radar, when compared to earlier albums such as “Led Zeppelin IV” and “Houses of the Holy”.

“Presence” is Zeppelin’s seventh studio album, which was released by Swan Song Records in March 1976. While the album was extremely successful, eventually going platinum in the U.S., opinions on the album are split by both fans and critics, with some panning it and others loving every second. The album has also not been remembered as vividly as previous Led Zeppelin tracks.

The album’s opening track, the 10-minute epic “Achilles Last Stand,” is universally seen as one of the band’s last true great songs before their split in 1980 due to the tragic death of John Bonham.  The great rhythm from John Paul Jones and John Bonham produces the sound of horses galloping, which set the scene for the rest of the song, with high energy that makes the song exciting to listen to.

Robert Plant’s lyricism on the song is some of the best of his career, tying in Greek mythology with real life experiences that himself and the band faced during the writing for Presence.

Robert Plant and Jimmy Page wrote the material for the album after Plant broke his leg in a car crash in 1976 while on vacation in Greece with his wife. This accident canceled a massive tour which was about to take place in the U.S, with Plant and Page retreating to write the material for the album. Hints of Plant’s accident can be seen throughout the song, especially in the title, which refers to the myth of Achilles, the great Greek hero who was invulnerable except for a spot on his heel, which ended up being his demise.

The track notably features some of Jimmy Page’s best guitar work over his half-century career as a musician. It features numerous different guitars overlapping on top of one another to create an effect that makes the song sound huge.

Page’s guitar solo on the song is up there with “Stairway to Heaven” in terms of technicality and impressiveness. He explained his guitar overdubs to Trouser Press in a 1976 interview.

“There were basically two sections to the song when we rehearsed it,” he said. “I know John Paul Jones didn’t think I could succeed in what I was attempting to do. He said I couldn’t do a scale over a certain section, that it just wouldn’t work. But it did. What I planned to try and get that epic quality into it so it wouldn’t just sound like two sections repeated, was to give the piece a totally new identity by orchestrating the guitars, which is something I’ve been into for quite some time.

“I knew it had to be jolly good,” he added, “because the number was so long it just couldn’t afford to be half-baked. It was all down to me how to do this. I had a lot of it mapped out in my mind, anyway, but to make a long story short, I did all the overdubs in one night.”

Page also said the numerous guitars featured on the song make it one of Zeppelin’s hardest to recreate live.

“I really set myself a challenge to try and do that onstage with one guitar,” he said in an interview with Guitar World magazine.

During uncertain times for the band, they were able to come together and produce some of their best work over the course of their careers. “Achilles Last Stand” stands alongside the band’s iconic songs “Kashmir” and “Stairway to Heaven” in terms of technical impressiveness and overall greatness. While it has been overlooked over the years, especially compared to those songs, “Achilles Last Stand” is truly one of Led Zeppelin’s greatest pieces.