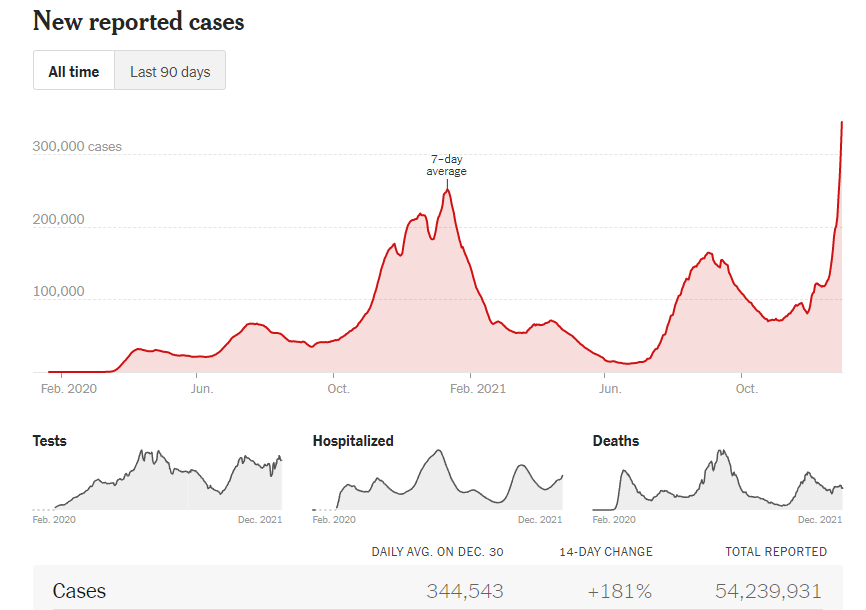 At the end of November 2021, South Africa discovered a new strain of COVID-19. The new variant named Omicron is ravaging the country. The growth in cases is unlike anything the country and world has seen since the start of the pandemic.

Nationwide hospitalizations are still lower than the Delta variants wave peak, unfortunately, that number is beginning to rise fast. Pressuring hospitals with patients could cause policymakers to reconsider current protocols and possibly implement new ones to suppress this wave of Omicron.

Most importantly, Maryland now has more patients in the hospital with COVID-19 than any other wave previously. This is putting tremendous strain on hospitals and nurses.

This surge in cases comes at a time when the CDC announced on Monday, Dec. 27 that people who test positive for COVID-19 will only need to quarantine for 5 days instead of the previous 10 days. Individuals who test positive or negative and are asymptomatic can return to everyday activity after 5 days so long as they wear a mask for 5 days after the quarantine period to minimize the spread of the virus.

The CDC announced this new policy while providing zero evidence for why the changes should be implemented stirring some controversy in the media.

Studies conducted by the WHO and CDC have concluded that Omicron is more transmissible, however, they are still assessing whether or not it causes a higher risk of mortality.

Currently, deaths remain low in the country and Maryland on a daily basis. However, deaths typically lag behind cases when reported. It appears only time will tell what the full consequences of this new wave will be.

All data has been sourced from the New York Times and the Maryland health department.